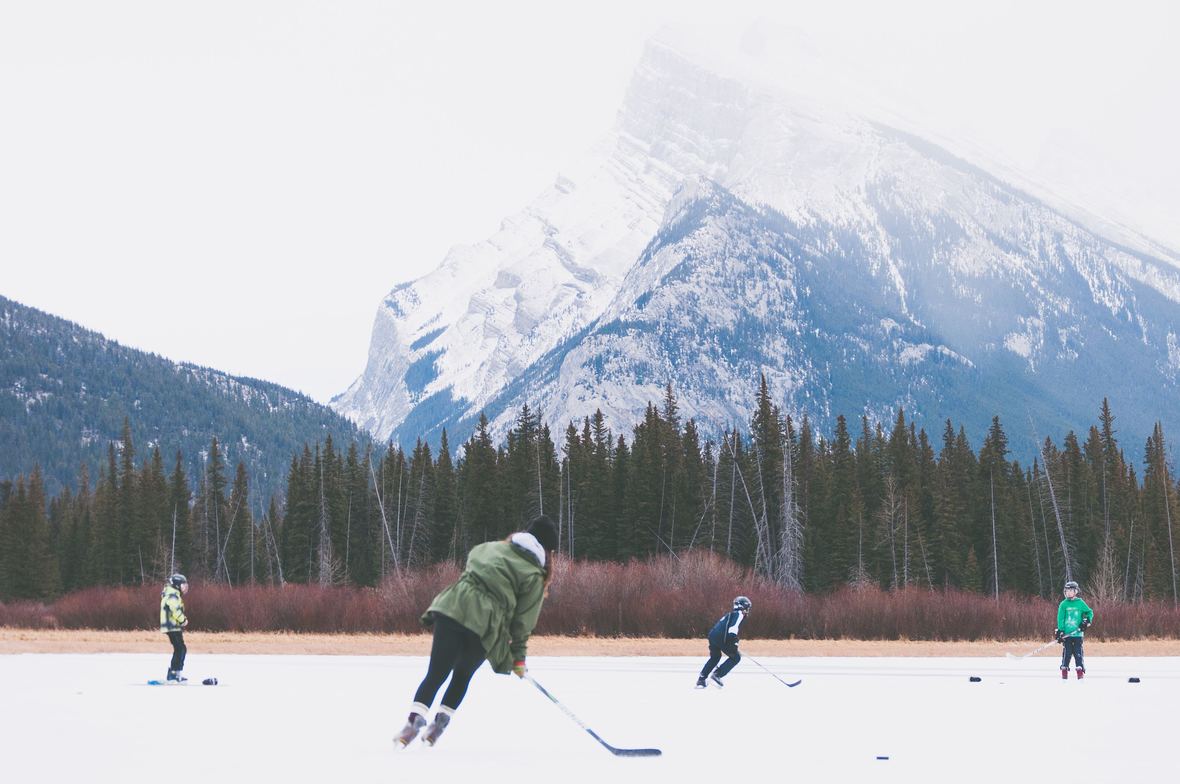 Hockey playoffs are around the corner, so this story seems appropriate.

I’m guessing that it was in perhaps 2004 when the Kelowna Rockets won the Memorial Cup and I had my brush with greatness having golfed with my childhood hockey heroes: Craig McTavish and Kevin Lowe (I was a teenager in the ‘80s). They were in town to scout but spent the days golfing.

It was a very quiet Monday morning, so quiet that the starter let me go out by myself to play. I dropped two balls (because who doesn’t like to play ‘best ball’ when golfing solo!) and headed out. At around the fourth hole, I approached the tee box about to ask the twosome ahead of me if I could play through... until I saw who it was.

Trying to not act like a 13-year-old girl at a Taylor Swift concert, and trying even harder to act nonchalant, I walked up the steps, and they asked me if I wanted to join them for the remaining holes. I coolly shrugged and probably said something very forgettable and agreed, and spent the next 2-3 hours hanging out with guys I had posters of on my wall when I was a kid.

It was crazy awesome. And they were great. But they did say something that has stuck with me (other than a warning to stay away from a career in hockey that would require me to take painkillers on a daily basis): the fact that Canadian hockey teams don’t make money if they don’t make the playoffs. The dollar being what it was in 2004 was a matter of great concern for them at the time. It made sense to me, but admittedly, I’m not much of a numbers guy and probably don’t fully understand how profitable NHL teams work.

Since then, it has prompted another thought. Brace yourself Oilers fans. The Oilers have been terrible for most of the last 25 years and have only made the playoffs twice since then
(yes, I googled it – twice). That means that the Oilers have not made a whole lot of money in the last 25 years. Which means that their owner (since 2008, it’s been Daryl Katz; had to google that too) must be incredibly rich and patient, because if it were any other business, he’d probably be out of business.

Now, I’m sure someone more knowledgeable in the ways of running an NHL team is reading this and is wanting to correct me perhaps in my thinking, but humour me, because I think that even if I’m wrong, the thought is still good for us.
The whole point of having an NHL team is to win the Stanley Cup. Sure, it’s a business, and sure there’s marketing and draft picks and there are financial bottom-lines and all of that.
But owners aren’t investing into NHL teams to sell drinks, hotdogs, 50/50 draw tickets, jerseys and parking spaces.

They’re in it to win it.

Pastor – are you? If there’s one book that has likely caught the attention of most of us this past year, it is Simon Sinek’s “Start With Why.” His TED talk is the third most watched video ever on YouTube in case you missed it (yes, I googled that as well. I did a lot of googling for this article!).

My synopsis is this: successful organizations make decisions from the inside out, starting with WHY, then HOW, and then WHAT. The clarity and strength of their mission drive the decisions that drive success. Unsuccessful organizations make decisions starting with the WHAT and sometimes delve into the HOW, but maybe only scratch the surface of their WHY because... well... they’ve gotten fuzzy with what their mission is.

Don’t let yourself get caught up with the wrong kind of ministry celebrations at the expense of the ultimate reward that comes with producing spiritual fruit – brand new disciples (Mark 11).
We’re in it to win it. And by “it,” I mean to faithfully present the Gospel to the unchurched, non-believers, the lost, those living in darkness and sin, far from God.

I hope that still burns in your heart, pastor. I hope that the lumps and bumps of leading God’s people haven’t made you gun -shy and diminished your courage. The same Spirit that raised Christ from the dead still resides within you and is still able to empower you with a holy zeal and can re-ignite a new passion in your ministry to be laser-focused on effectively re-engaging your community with the Gospel.

Let me urge you to remember that our mission is to remain relentlessly outward bound at all times. Baptizing new converts – that is our Stanley Cup.