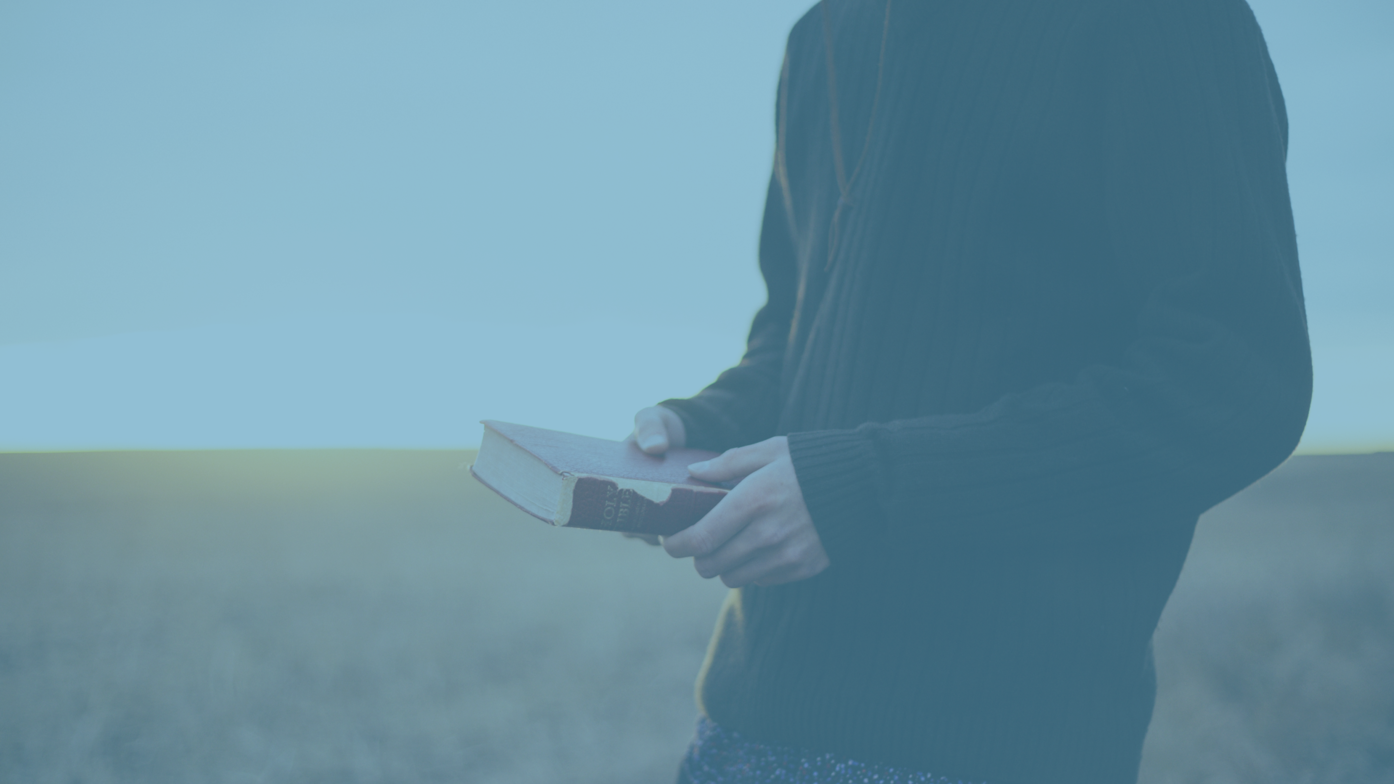 Pentecostal services were held in Vancouver prior to 1919 and in Victoria, Nanaimo, Abbotsford, Nelson, North Vancouver, and perhaps a few other places prior to 1927.  These churches came together for the 1st Annual District Conference in July 1928 at the Sixth Avenue Assembly in Vancouver.  Reverend G.A. Chambers, General Superintendent of The Pentecostal Assemblies of Canada, was chairman, and Reverend F.R. Maddaford was elected District Superintendent, the position he held for two years.

Reverend J.E. Barnes was District Superintendent for the conferences of 1930 through 1935.  Brother Barnes formed an evangelistic team holding crusades and as a result many churches in British Columbia, including churches in Fernie, Kimberley, Kelowna, Merritt, Kamloops, Port Alberni, Salmon Arm, and Grand Forks were formed.  During this period sectional Field Directors, forerunners of today’s Section Pastors, were appointed to assist in the administration of the work.

The District Conferences from 1935-1938 were chaired by District Superintendent Reverend J.A. Hughes.  Of special interest was the fact that two of the conferences were held in the interior of the province; Kelowna in 1936 and Grand Forks in 1938.

The Conferences of 1939-40 were under the chairmanship of Reverend Tom Johnstone, followed by Reverend C.A.C. Storey who was District Superintendent from 1941-1944.  In the fall of 1941 British Columbia Bible Institute was opened in Glad Tidings Tabernacle in Victoria with Reverend E.W. Robinson as the first principal.  The Gospel Boat work had its beginning in these years with Reverend and Mrs. Frank Harford, and in 1944, approval was given to establish the work of the Women’s Missionary Council with Mrs. Harold Goodwin being appointed the first Provincial Secretary.

The post-World War II years of 1945-53 saw Reverend P.S. Jones as the District Superintendent.  With the war over, many young men coming out of the services entered bible school and Brother Jones challenged them with the slogan, “A Pentecostal flag in every community in British Columbia."  A great number of young men and women responded to this challenge and as a result many new churches were opened in this era.  In 1946 a Sunday school department was established in the province and Miss I. Westad was appointed the full-time supervisor.  She traveled promoting Sunday school work and planned and directed a summer vacation bible school program for several years.  In the same year the Christ’s Ambassadors work was organized in the province and Reverend John Peel became the first provincial Christ's Ambassadors president.  The Fraser Valley, Kootenay and Nanoose Bay Camps came into being during Brother Jones’ years in office and also the establishment of the B.C. Church Building Society. In 1951, the Kingsley Brothers Private School in North Vancouver was purchased to be the home of the British Columbia Bible Institute.  Attendances at district conferences grew to about 200 in the early 1950’s.

Reverend Carman W. Lynn succeeded Reverend P.S. Jones and was the Superintendent from 1953 to 1966.  It was during this time that the district office moved from Summerland to North Vancouver.  Carman Lynn had a vision for the North entitled “Alaska Highway Mission” and it was during this time the Yukon became part of the BC District.  At the 1956 conference approval was given to merge the Christ’s Ambassadors ministry and Sunday school departments with leadership by a full-time director; Reverend Marvin Forseth was appointed to this office.  Reverend Tom Johnstone became President of British Columbia Bible Institute and held this position until 1958 when he was succeeded by Reverend V.R. Morrison.  The Minute Men Program (known today as Ministry Investors Group) was launched in 1957 and continues to assist home missions churches to this day. The name of the British Columbia Bible Institute was changed to Western Pentecostal Bible College in 1959 (known today as Summit Pacific College).  Mr. Ray Whellams became the first Men’s Fellowship Director for the district. In the early 60’s Miss Bernice Gerard became the first Pentecostal chaplain at U.B.C. expanding shortly thereafter to Simon Fraser University as well.

Reverend E.A. Hornby was District Superintendent following Reverend C.W. Lynn, and chaired the conferences of 1967 through 1972.  During these years the work continued to prosper and several new churches were built and dedicated.  At the 1971 conference in Kamloops, the decision was made to build a new bible college campus on Clayburn Heights above the Fraser Valley camp.  Reverend L.T. Holdcroft, who was president at the time, worked tirelessly with Brother Hornby and later with Brother James House on the planning of the new college campus, and with the help of God and the family of churches in the district, the new college opened in the fall of 1974.

At the 1982 conference Reverend Reuben Schmunk was elected District Superintendent.  Following Reverend Schmunk’s departure to serve in the PAOC International Office, Reverend Lester Markham was elected as superintendent at the 1988 conference but he too was called to serve in the International Office in 1993. Reverend Bill Gibson then began an 8-year term as District Superintendent.  In 1994, the office of Assistant Superintendent became a full-time position, with John Caplin being elected, serving in this position for 13 years.  In order to bring specialized ministries to the district, the 1997 District Conference made the decision to separate the position of Church Ministries Director into a full-time Youth Director position and a half-time Children’s Ministries Director position. Recognizing the increased administrative and pastoral role and workload being placed upon Section Presbyters, in 2003, the District Conference approved restructuring the district to allow for a District Leadership Team (responsible for vision, mission and direction of the district) and Section Pastors (to assist the District Superintendent in a pastoral and church and clergy care role).

Aboriginal Ministries has always been a large part of gospel ministry within the BC/Yukon District.  For a number of years John Nygaard was the Field Director for Gospel Boats and Native Evangelism.  Others involved in the Gospel Boat ministry included the Shannons, the Personeus' and the Benteruds.  The 1982 District Conference approved the appointment of a Coordinator of Native Evangelism and Gospel Boats, and the District Executive appointed Mrs. Peggy Kennedy to serve in this capacity. In 1990 Reverend James Kallappa was appointed as the Director of Native Ministries. The Conference of 2000 also approved the creation of an Aboriginal Section, and elected Reverend Dan Starlund as its first presbyter.  From 2000 to 2019, Reverend Edgar Lapeciros served as the Executive Director of Cultural and Aboriginal Ministries. Recently in September 2019, Harold Gutierrez was appointed as the International & Indigenous Ministries Director.  Today there is a PAOC witness in nearly 20 different Indigenous communities.

The number of churches and preaching points in the BC/Yukon District in 1927 was 10, and had increased to nearly 200 by the year 2002 when the district celebrated its 75th Anniversary.  Over 35 of these churches are among a variety of cultural language groups. Giving to World Missions peaked at $2.37 million in 1998 and has consistently averaged around the $1.9 million mark for the past 10 years.  Current ministry emphasis include a return to church planting, and efforts to attain growth through increasing the health of both churches and credential holders.

We are grateful to God for the dedication and sacrifice of all the District Superintendents, District Staff, Directors, Section Pastors, and Leaders, and the contribution of all the faithful pastors and credential holders of the past and present together with the many hundreds of faithful church members and adherents who have backed the movement with their prayers and finances through the years. And should Jesus tarry, together we will continue to sow abundantly that we might reap an abundant harvest. To God Be The Glory!